Which religion is right - Shia or Sunni?

There are a lot of books to answer this question, among them are Alghadir, Almurajiat and Nights of Peshawar. However there are several simple proofs for Shia which every Muslim without prejudice will accept them. 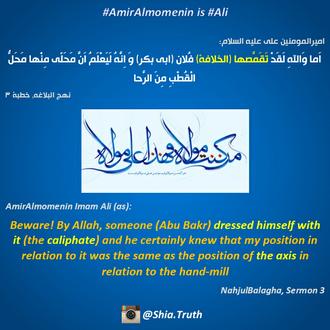 There is a common narration from Sunni and Shia sources that says: everyone who dies and he does not know the Imam of his time, dies the death of ignorance.
Question #1: Did Fatima (SA), know Imam of his time or not? If she did not, she is died in ignorance, NauzoBillah, and if she did, her Imam was Ali (as) not Abubakr. So Fatima was Shia.

There is a reliable Hadith from Shia and Sunni sources that says: Caliphs after the prophet (pbuh) are 12 (Twelve successors Hadith).
Question #3: What are your 12 Imams? Count them and you can not find twelve Imams in Sunni Muslims while shia have exactly twelve Imams

Sunni Muslims, take their religion from four Imams: Imam Malik, Imam Shafi’i, Abu-Hanifeh and Ahmad-ibn-Hanbal.
Question #4: These four imams you have, lived in what century? And what is their relation with the Caliphs? The Shia Imams are their Caliphs as well. But you have four caliphs and four imams who lived almost 100 years after Khulafa.

Shia Muslims have thousands of prayers and Monajats from their twelve Imams available in several books like Mafatih Aljanan, Sahife Sajjadiey, Almoraqibat, etc.
Question #5: How many prayers, hymns or praise of the Lord you have quoted from your first three Caliphs or your 4 Imams? Count them and you will find nothing countable.

Now decide, Shia are wrong or Sunni? Unfortunately some extremist Muslims like ISIS say that shia are Kafir! and killing them has the reward of paradise! while grand Sunni scholars like Sheikh Shaltoot have confirmed Shiite as a true Islamic religion.

How did Islam split into Shia and Sunni sects?

After the prophet Muhammad(pbuh), year 632 AD (11 AH), Muslims divided into two major sects. They disputed who should succeed Muhammad as leader of the Muslim community. One group supported the ascension of Abu Bakr to leader (caliph). This group supporting Abu Bakr and his method of selection (by council) as leader became the Sunnis. 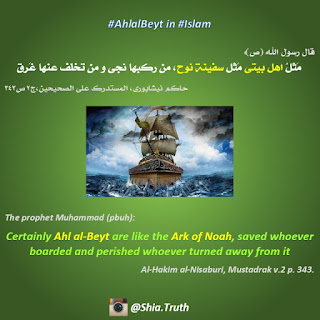 Another group - who became the Shiites or Shia - was opposed to Abu Bakr's becoming caliph after prophet's death (and the method through which he was chosen), and instead believed that according to several hadiths like Hadith of manzilat and hadith of Ghadir  Muhammad's son-in-law/cousin, Ali ibn Abi Talib (as), should succeed him as caliph. Abu Bakr and Ali ibn Abi Talib represent more than just themselves in this split; the manner and method of their being designated the rightful successors to Muhammad are at the root of the dispute, as well.

While Sunnis believed the Quran endorsed a public consensus in who should be caliph, the Shiites believed such a decision was ordained by Muhammed himself and even commanded by God - not a matter of public consensus among Muslims, but God's command alone and, to an extent, divine right.
Things continued to diverge from there, and many caliphs that came after Abu Bakr continued to be sources of conflict and disputes. The roles of imams, various religious practices and interpretations and more are also areas in which Shiites and Sunnis disagree. But as far as how the split originated and where it first arose, Muhammad's (pbuh) death in 632 was essentially the start.

Shia are not Kafir

which is the best religion